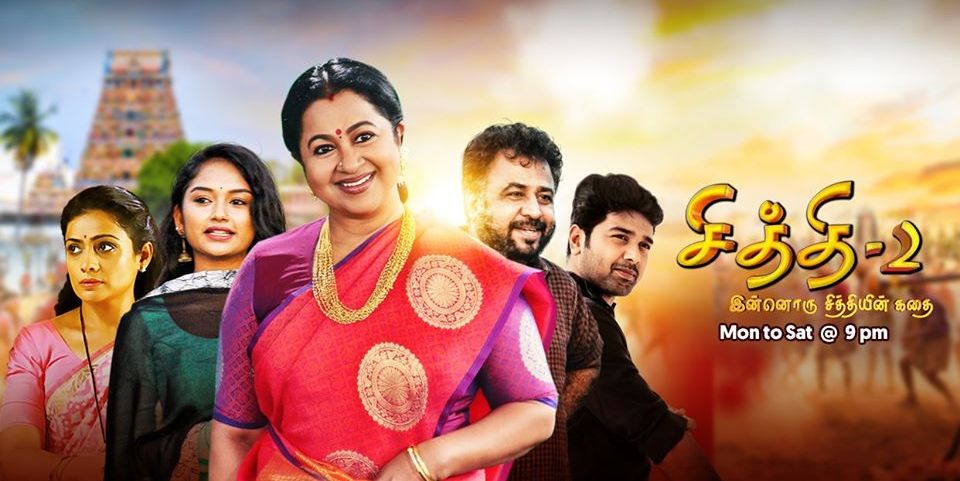 Sun TV Shifted Thirumagal Serial Every Monday to Saturday at 10:00 PM, Vanathai Pola is the latest offering from the channel, launching on 7th December at 7:30 PM.

Raadhika – Saradha , Second Wife of Shanmugapriyan and she is the root of her family. Sharada is the Younger sister of Padma.

Ponvannan – Shanmugapriyan , he is the husband of Saradha. He is a lovable character, Innocent person and loves all. He is the former husband of Padma.

Preethi Sharma – Venba , she is the heroine of the serial. If you are searching for the original name of chithi 2 serial actress name, it’s Preethi Sharma

Rupini – She is doing the role of Padma, first wife of Shanmugapriyan and Saradha’s elder sister

Nandhan Loganadhan – Kavin , hero of the story and lover of Venba.

Shilpa – Lakshmi , She is doing a negative role, acting as the well wisher of chithi family. Latchmi is the sister of Shanmugapriyan.

Ashwin Kumar – Anbu, he is the second son of Saradha

Meera Vasudevan as Mallika , she is the villi of the show and doing the mother role of hero kavin is the show, she was the ex-lover of Shanmugapriyan. Meera currently playing Sumithra role in Asianet serial Kudumbavilakku.