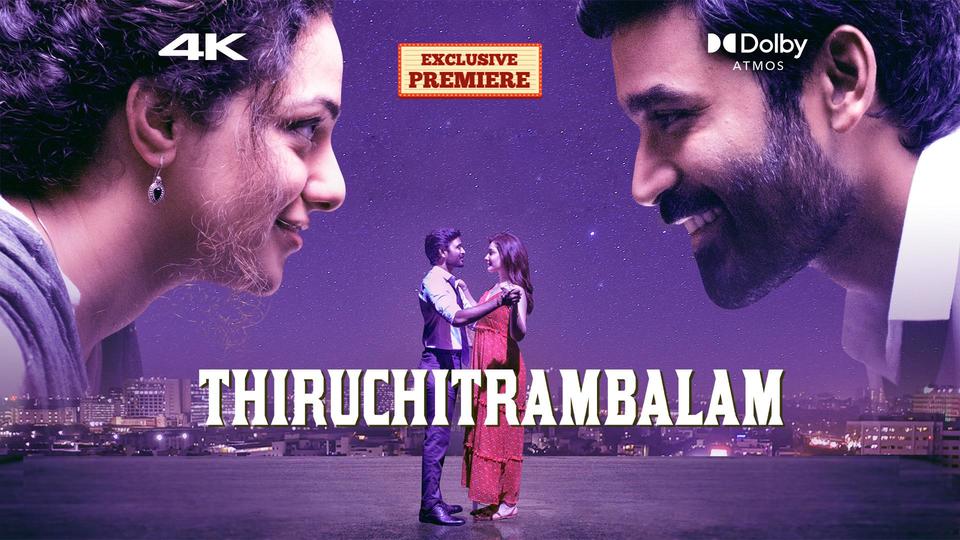 Sun Pictures Produced Latest Dhanush Starer Movie Thiruchitrambalam , Obviously the OTT rights With Sun NXT. OTT Release Date of The Movie on 23rd September and The Streaming Started Via Sun NXT app. Written and directed by Mithran R Jawahar, Produced by Kalanithi Maran under the banner of Sun Pictures. Dhanush Did the role of Thiruchitrambalam in the Movie, Nithya Menen as Shobana Did Female Lead Role in the Film.

Thiruchitrambalam Movie is Available in Tamil, Telugu and Kannada Languages

How can i Watch Thiruchitrambalam Movie Via OTT Platform ?

Basic Plan – The Basic plan allows users to access Sun NXT from one mobile device, But the Content have ads. There is No offline download (Wifi) and casting option under this plan.

Premium Plan – The Premium plan of SUN NXT allows users an ad-free experience and access Sun NXT can be accessed on mobile plus large screens. Under the Premium plan users can watch simultaneously on 4 screens at the same time.

Sun Direct Offer – If You are accessing Sun NXT Using your valid Sun Direct Registered Mobile Phone Number, You will be able to access Sun NXT through 1 Mobile device only and No Casting or Offline Download features Available.